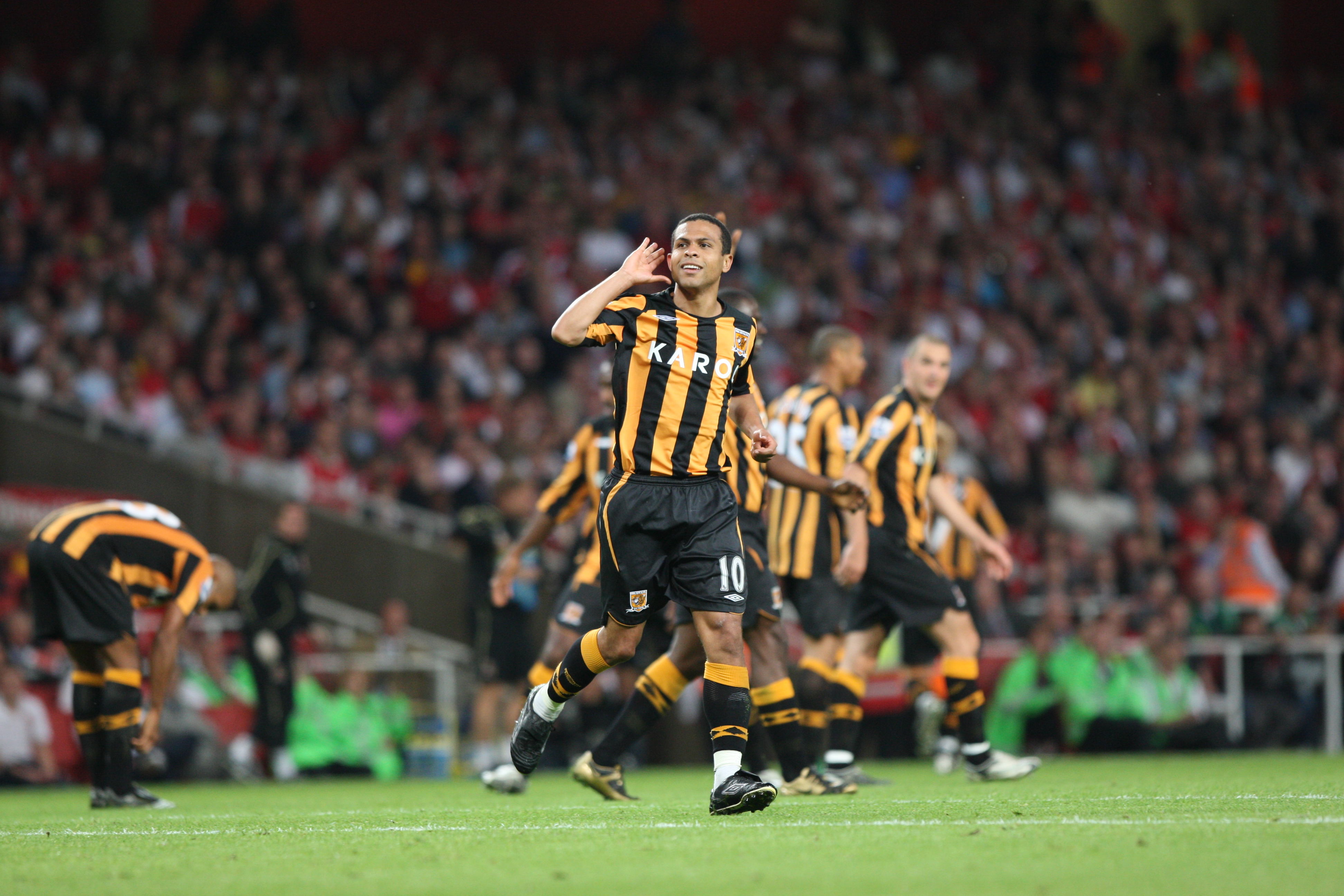 After an impressive loan spell at America-MG while in Brazil, the big clubs came calling for his signature. Barcelona eventually secured his services but his time in Spain was to be a miserable one. The midfield playmaker only made 26 appearances in his two years at the Catalan club, scoring just once. Another successful loan period at Benfica got Geovanni back on the map, he eventually made the move permanent, winning three trophies and swiftly becoming a fan favourite.

Geovanni returned to his former club Cruzeiro for a short time before making the move to England with Manchester City. He produced some good moments for the Sky Blues but it was his next club, Hull City, that he truly made his mark. The Tigers had been promoted up to the Premier League for the first time in 2008 and Geovanni would play a big part in keeping them there. The former Brazil international burst onto the scene, scoring wonder goals in the club’s famous victories at both Arsenal and Tottenham Hotspur.

Geovanni went on to make 60 appearances for Phil Brown’s side, scoring 11 times overall. He eventually left in 2010 but has great admiration for his time on Humberside. Geovanni went on to play for four more clubs after departing the KC Stadium, as it was known then, playing in the MLS for San Jose Earthquakes before heading back to Brazil for the twilight of his career.